"Coppey’s first entry suggests unflappable confidence and when the music takes flight soon afterwards he employs a keen-edged staccato while retaining his characteristic rich body of tone. Also, Coppey’s approach exploits the instrument’s entire range with ease: the lovely second subject is as gently seductive as the more assertive passages are bracing. Try the perfect diminuendo at 1'36" into the Adagio: this sort of playing has me reaching for the rewind facility just for the pleasure of enjoying it a second or third time… there is something about Coppey’s aching restraint that even after such a brief period of acquaintance has had me return to his version on a number of occasions. So far the magic hasn’t abated.” Gramophone, Rob Cowen, DVOŘÁK Cello Concerto, July 2017

Marc Coppey is considered to be one of today's leading cellists. He first came to the notice of Sir Yehudi Menuhin in the 1988 Leipzig Bach competition where he won the two most important prizes – first prize and special prize for the best Bach performance. He was 18 at the time. He soon after made his Moscow and Paris debuts performing the Tchaïkovsky Trio with Menuhin and Victoria Postnikova, a collaboration documented on film by the famous film director Bruno Monsaingeon. In 1989 Mstislav Rostropovitch invited Marc to the Evian Festival and from that moment on his solo career quickly developed. He performs regularly as a soloist with leading orchestras in collaboration with numerous distinguished conductors - Eliahu Inbal, Rafael Frühbeck de Burgos, Yan-Pascal Tortelier, Emmanuel Krivine, Alan Gilbert, Christian Arming, Lionel Bringuier, Alain Altinoglu, Michel Plasson, Jean-Claude Casadesus, Theodor Guschlbauer, John Nelson, Raymond Leppard, Erich Bergel, Philippe Entremont, Pascal Rophé, Philippe Bender, Paul McCreesh, Yutaka Sado, Kirill Karabits and Asher Fisch.

The breadth of Marc Coppey's repertoire is proof of his profound inquisitiveness: he frequently performs the Bach suites and main stream concerto repertoire, but is also dedicated to performing less well-known works. Performing and promoting contemporary music is very important to him and many composers have dedicated works to him, including Auerbach, Bertrand, Christian, Dufourt, Durieux, Fedele, Fénelon, Hurel, Jarrell, Jolas, Krawczyk, Lenot, Leroux, Mantovani, Meïmoun, Monnet, Pauset, Poppe, Pécou, Reverdy, Staud, Tanguy, Verrières. He gave world premières of concertos by Lenot, Tanguy and Monnet, as well as giving French premieres of concertos by Carter, Mantovani and Tüür.

In November 2009 Marc Coppey was chosen to perform Bach in the Place de La Concorde in Paris to celebrate the 20th anniversary of the fall of the Berlin wall. In 2015, the Arte tv channel filmed him live performing the complete Bach Suites in one evening in Lyon.

In March 2015 he premièred ten works for solo cello by some of today's most prominent composers as a tribute to Pierre Boulez on his 90th birthday at the Paris Philharmonie. The programme was recorded and released in January 2017 on the Megadisc label.

Marc Coppey’s recordings have received critical acclaim worldwide. They include works by Beethoven, Debussy, Emmanuel, Fauré, Grieg and Strauss, for the Auvidis, Decca, Harmonia Mundi and K617 labels. He has recorded the complete Bach Suites (awarded Télérama’s ffff), a CD dedicated to Dohnanyi (awarded “10 de Répertoire”), and an album devoted to the great Russian cello sonatas, accompanied by pianist Peter Laul for the Aeon/Outhere label, as well as the Schubert Quintet with the Prazak Quartet for the Praga label and Martin Matalon’s concerto for Accord / Universal. More recently he has recorded Dutilleux cello concerto and the Caplet Epiphanie with the Liège Orchestra under Pascal Rophé’s direction which received a BBC Music Magazine *****, a Diapason d’Or and a “Choc” in the Monde de la Musique, followed by recordings of the Brahms Sonatas and Schubert (Arpeggione) with pianist Peter Laul, also for Aeon, and world premières of the concertante works of Théodore Dubois on the Mirare label.

In 2016, his recording of the Haydn and CPE Bach cello concertos with the Zagreb Soloists was released by Audite. His recording of Dvořák's cello concerto for the same label with the Deutsches Symphonie-Orchester Berlin directed by Kirill Karabits has received wide international critical acclaim. In the spring of 2018 Audite will released a Beethoven sonata cycle recorded live in the Saint Petersburg Philharmonic Hall with pianist Peter Laul.

Marc Coppey is also deeply committed to teaching: he is cello professor at the Conservatoire National Supérieur de Paris and gives masterclasses worldwide. He is artistic director of the Musicales de Colmar chamber music festival, and since 2011 musical director of the Zagrebacki solisti (Zagreb Soloists) and is regularly invited to conduct the Deutsche Kammerakademie Neuss am Rhein.

He was made Officier des Arts et des Lettres by the French culture ministry in 2014.

Marc Coppey was born in Strasbourg where he studied at the Conseravtory before attending the Paris Conservatoire National Supérieur and the University of Indiana in Bloomington.

He performs on a rare cello by Matteo Goffriller (Venice 1711). 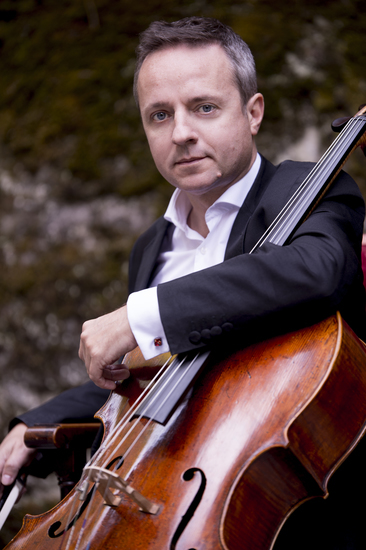 See French page via this link 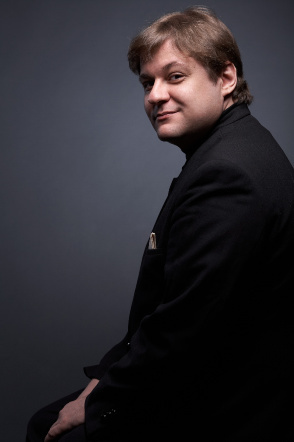 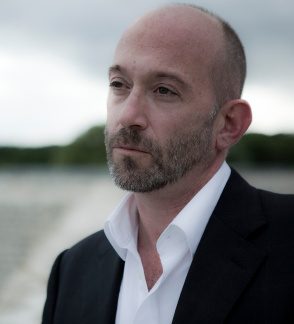 In 1977 Pierre Boulez paid a tribute to patron of the arts Paul Sacher with Messagesquisse for seven cellos. Marc Coppey has chosen to revisit this idea by commissioning works from composers who are close to Pierre Boulez.

In 1977 Mstislav Rostropovitch had commissioned works for cello from several composers as a 70th birthday present to Paul Sacher. One of those composers was Pierre Boulez whose present took the somewhat playful form of Messagesquisse, a short piece for solo cello and six cellos. Now nearly 40 years later, the cellist Marc Coppey is renewing this very special gift taking Messagesquisse as a point of departure and commissioning new works from contemporary composers who are friends of Pierre Boulez. Performed by Coppey and students from the Paris Conservatoire, these new works of differing tonalities are to be performed along side Messagesquisse.

This performance sketches a self-portrait of Liszt taken from his writings and correspondence and is determinedly orientated towards the overriding spirituality that was with him from early life until his death, from the works and texts of his youth through to those of the very last years of his life. In this way, a less well-known but without doubt more essentiel Liszt comes to life, the Liszt of inwardness and meditation, for whom art, humanity and love form the same, single quest... : "Art is an earthy paradise to which it is never vain to turn when confronted with the oppressions of existence".
J.-Y. Clément

A bewitching programme of virtuoso works for cello and piano 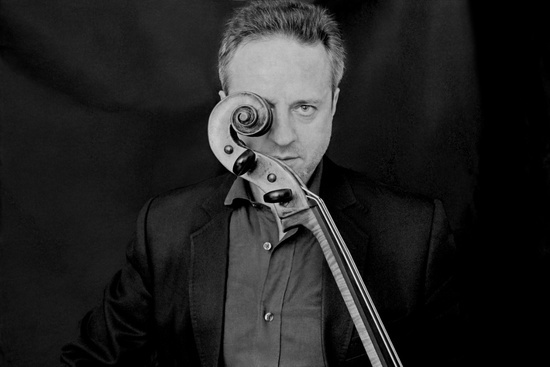 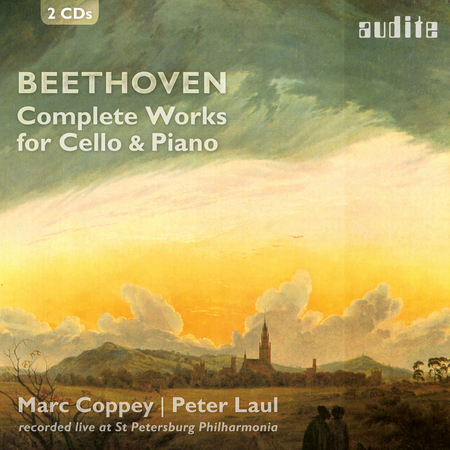 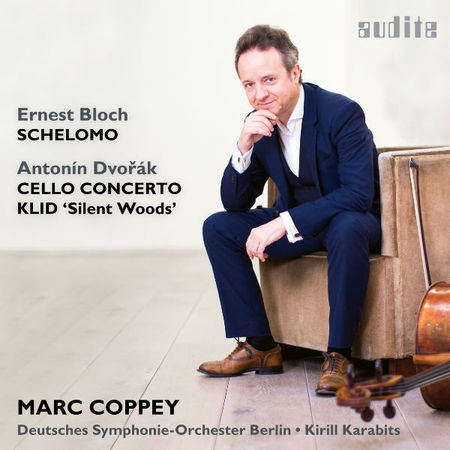 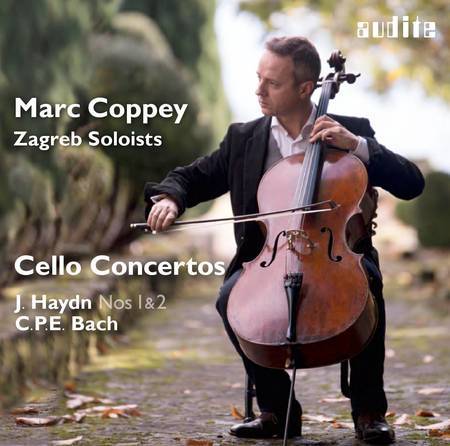 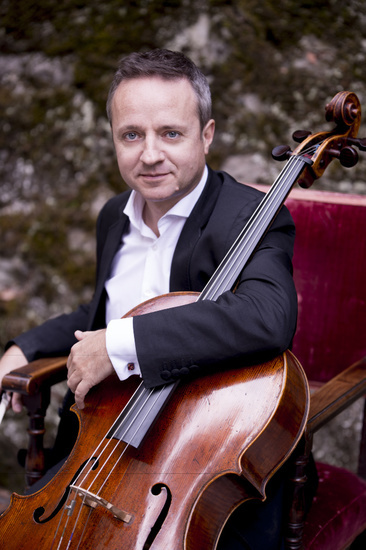