WORLD RENOWNED TAKÁCS QUARTET ANNOUNCES THE APPOINTMENT OF VIOLIST RICHARD O'NEILL FROM JUNE 2020, AND THE RETIREMENT OF GERI WALTHER AFTER FIFTEEN REMARKABLE YEARS

NEW YORK, NY — As the Takács Quartet enters its 45th year, the internationally acclaimed string quartet continues to evolve with a change to its line-up. Violist Geraldine Walther will retire from the group this May, after a remarkable 15 years. Korean-American violist and celebrated chamber musician Richard O'Neill will join the quartet from June.

“We feel extremely grateful to have been able to share our musical lives with Geri since 2005, benefitting from her wonderful sound and vibrant musicianship in concerts and numerous recordings,” say the continuing members of the Takács. “We are excited to welcome Richard, who is a friend and colleague of ours at the Music Academy of the West, and whose artistry we have admired for many years.”

Reflecting on her time in the quartet, Geri Walther says, “I have loved being a member of the Takács Quartet and am grateful for all the friends I've made along the way. I am very happy to hand the baton over to the wonderful violist and musician, Richard O'Neill, and wish the group every success for their future together!”

The quartet’s latest appointment celebrates the extraordinary journey of the Takács since its foundation in 1975 by four Hungarian students at the Franz Liszt Academy in Budapest. Each member is steeped in the Hungarian/Central European roots and traditions of the quartet, absorbed over decades of collaboration and commitment, and they are now fêted as “arguably the greatest string quartet in the world” (The Guardian, May 2018).

Richard O’Neill, who is renowned as both a chamber musician and Grammy-nominated soloist, adds, “Joining the Takács Quartet is the greatest honor of my life. I am thrilled to follow in the footsteps of one of my heroes, the great Geraldine Walther, whom I have listened to and adored since I was a child. I look forward to the joy of making music with Ed, Harumi and András and will do my best to uphold the esteemed tradition of the Takács Quartet.”

In the first season with O'Neill, the quartet has a busy schedule of concerts which will take them around the globe – performing at major chamber music series throughout North America and Europe followed by a tour to Australia in August 2021. An exciting commission from Music Accord will result in new pieces by Bryce Dessner and Clarice Assad for the Takács and the extraordinary bandoneonist/accordionist Julien Labro. Stephen Hough is writing a new string quartet for the Takács which they will premiere in 2022 and record for Hyperion. The ensemble will also record two contrasting albums for Hyperion. The first features quartets by Alban Berg and Béla Bartók, while the second encompasses the last quartets of Joseph Haydn. 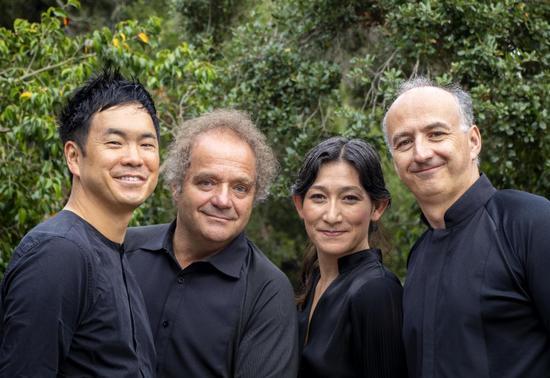 About the Takács Quartet

The Takács Quartet  is one of the world’s pre-eminent string quartets, performing 80 concerts a year worldwide. In residence at the University of Colorado, Boulder, the members of the quartet are also Associate Artists at London’s Wigmore Hall. The quartet is renowned worldwide for its innovative programming and first-class performances. The ensemble was formed in 1975 at the Franz Liszt Academy in Budapest by Gabor Takács-Nagy, Károly Schranz, Gabor Ormai and András Fejér, while all four were students. It first received international attention in 1977, winning First Prize and the Critics’ Prize at the International String Quartet Competition in Evian, France. Since then, the group has earned international acclaim and won numerous awards – including a Grammy, three Gramophone Awards, three Japanese Record Academy Awards and a Classical Brit.

“A cosmopolitan point of view is certainly one of the quartet’s strengths, but perhaps even more remarkable is the alacrity with which the newer members have become seamlessly integrated into the ensemble. Their rich, fruity, yet lean sound, unanimity of attack and discerning intelligence remain consistent.” - THE WASHINGTON POST (March 2019) 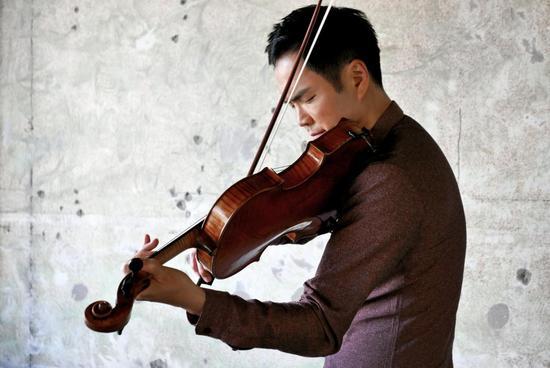 Praised by the New York Times for his “elegant, velvety tone”, violist Richard O'Neill has distinguished himself as one of the great instrumentalists of his generation. He has appeared as soloist with the world’s top orchestras including the London, Los Angeles, Seoul, and Euro-Asian Philharmonics, and he has worked with distinguished musicians and conductors including Andrew Davis, Vladimir Jurowski, Francois Xavier Roth, Leonard Slatkin and Yannick Nézet-Séguin. He is in his 13th and final season as Artistic Director of Ensemble DITTO, as well as Artist of the Chamber Music Society of Lincoln Center and Principal Violist of Camerata Pacifica. O’Neill is a Grammy-nominated Universal Music/Deutsche Grammophon recording artist who has made 10 solo albums and many other chamber music recordings, earning multiple platinum discs. He has appeared on major TV networks in South Korea and enjoyed huge success with his 2004 KBS documentary "Human Theater" which was viewed by over 12 million people, and his 2013 series "Hello?! Orchestra" which featured his work with a multicultural youth orchestra for MBC and led to an International Emmy in Arts Programming and a feature length film. He serves as Goodwill Ambassador for the Korean Red Cross, The Special Olympics and UNICEF, and serves on the faculty of the Music Academy of the West in Santa Barbara. Visit: www.richard-oneill.com