The Takács Quartet returns to the Edinburgh International Festival to perform a live recital that begins with Haydn. The Opus 77 quartets were written in Haydn’s late sixties and sum up his particular style and mastery of a form that he'd shaped for decades. Two works by student composers follow; Samuel Coleridge-Taylor’s lushly romantic character sketches written during his studies at the Royal College of Music in London and Ravel’s lyrical String Quartet dedicated to his teacher, Gabriel Faure.

This stunning concert in Edinburgh's Queen's Hall is available to stream on BBC Sounds until 13th September. 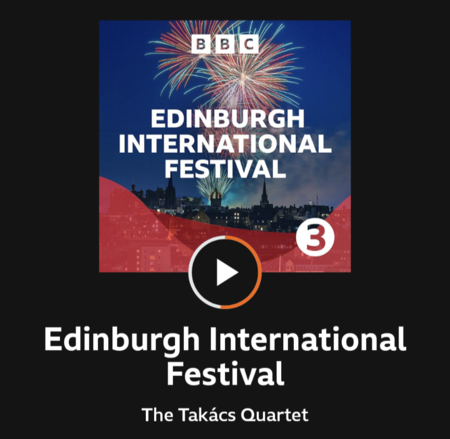