“…should I come to meet Saint Peter at the pearly gates, I hope he will say, ‘Welcome, good and faithful servant! By the way, be sure to hear Paul O’Dette—he’s leading the angel band.’” Early Music America, Spring 2011

Paul O'Dette has been described him as “the clearest case of genius ever to touch his instrument.” (Toronto Globe and Mail) One of the most influential figures in his field, O'Dette has helped define the technical and stylistic standards to which twenty-first-century performers of early music aspire. In doing so, he helped infuse the performance practice movement with a perfect combination of historical awareness, idiomatic accuracy, and ambitious self-expression. His performances at the major international festivals in Boston, Vienna, London, Paris, Amsterdam, Berlin, Munich, Prague, Milan, Florence, Geneva, Madrid, Barcelona, Tokyo, Moscow, St. Petersburg, Buenos Aires, Montevideo, Melbourne, Adelaide, Los Angeles, Vancouver, Berkeley, Bath, Montpellier, Utrecht, Bruges, Antwerp, Bremen, Dresden, Innsbruck, Tenerife, Copenhagen, Oslo, Cordoba, etc. have often been singled out as the highlight of those events.

Paul O'Dette has made more than 140 recordings, winning two Grammys, receiving seven Grammy nominations and numerous other international record awards. “The Complete Lute Music of John Dowland” (a 5-CD set for harmonia mundi usa), was awarded the prestigious Diapason D'or de l'année, while “The Royal Lewters” has received the Diapason D’or, a Choc du Monde de la Musique, a 5-star rating in BBC Music Magazine, 5-star rating in Goldberg and a perfect score of 10 from ClassicsToday.com. “The Bachelar’s Delight: Lute Music of Daniel Bacheler” was nominated for a Grammy in 2006 as “Best Solo Instrumental Recording.”

Mr. O'Dette is also active conducting Baroque operas. His recording of Charpentier’s La Descente d’Orphée aux Enfers with the Boston Early Music Festival Chamber Ensemble won a Grammy for “Best Opera Recording of 2014,” as well as an Echo Klassik Award in the same category. In 1997 he led performances of Luigi Rossi's L'Orfeo at Tanglewood, the Boston Early Music Festival (BEMF) and the Drottningholm Court Theatre in Sweden with Stephen Stubbs. Since 1999 they have co-directed performances of Cavalli's Ercole Amante at the Boston Early Music Festival, Tanglewood, and the Utrecht Early Music Festival, Provenzale's La Stellidaura Vendicata at the Vadstena Academy in Sweden, Monteverdi's Orfeo and L'Incoronazione di Poppea for Festival Vancouver, Lully's Thésée, Conradi’s Ariadne (Hamburg, 1691) Mattheson’s Boris Goudenow, Lully’s Psyché, Monteverdi’s Poppea, Handel’s Acis and Galatea, Steffani’s Niobe and Handel’s Almira for the Boston Early Music Festival. Their recording of Ariadne was nominated for a Grammy as “Best Opera Recording of 2005,” Thésée in 2007 and Psyché in 2008. Both Lully recordings were also nominated for Gramophone awards. Their most recent opera recording, Niobe, was awarded a Diapason D’or de l’année, an Echo Klassik Award and the prestigious Jahrespreis der Deutschenschallplattenkritik. Paul O'Dette has guest directed numerous Baroque orchestras and opera productions on both sides of the Atlantic.

In addition to his activities as a performer, Paul O'Dette is an avid researcher, having worked extensively on the performance and sources of seventeenth-century Italian and English solo song, continuo practices and lute music. He has published numerous articles on issues of historical performance practice and co-authored the Dowland entry in the New Grove Dictionary of Music and Musicians. 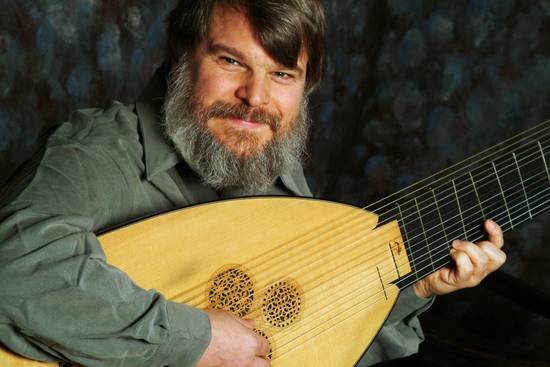 "by any measure one of this century's great lutenists"
Barnes & Noble

"The lute is one of the most delicate, fragile-sounding instruments to have survived the Middle Ages and Paul O'Dette is one of its most remarkable and prolific players."
The Sunday Gazette

"O'Dette opened with Mudarra's Fantasia que contrahaze la harpa en la manera de Luduvico. The packed house was hushed in utter complicity with this magician as the spell took hold...It was a joy to listen to someone so confident in their field of expertise sharing such beautiful music with us...O'Dette then played a condensed triptych of Murcia's fascinating transcriptions of the violin sonatas of Corelli: Grabe de Corelli, La Cadena and Giga de Corelli, a sublime example of transcribing economy and suitability...a masterly display."
Tim Panting, Classical Guitar, Purcell Room Concert, London 28 January 1999

"A prodigious technique concealed beneath a generous and unassuming musical sensibility."
The Absolute Sound

"Most refreshing is his imaginative interpretation of the notes on the page: playing with the intuitive freedom of a jazz musician, O'Dette really captures the improvisatory spirit of Dowland's age."
BBC Music Magazine

"The music and playing of Mudarra...was dazzling."
Early Music Review

"He is the most prodigiously equipped of today's lutenists and he shows it...O'Dette is a worthy successor to Julian Bream."
Gramophone

"O'Dette is simply a wonder. The panache with which he strums his instrument is reminiscent of the best jazz and pop guitarists."
Fanfare

"Paul O'Dette's playing of Elizabethan music has become extremely thoughtful and clear over the years. He has made virtuosic contrapuntal music his special area of expertise, and this recording catches hihim at a peak of introspective interpretation."
Stephen Dydo, Early Music America

"Dowland did for lute music what Haydn did for the string quartet and Beethoven the piano sonata. The finest lutenist and songwriter of his age--he composed several of the greatest hits of the late 16th and early 17th centuries--the surviving lute works constitute a sort of encyclopedia of the possibilities of the instrument. There are song arrangements, dance pieces, tributes to the composer's friends, even a musical self-portrait. Much of the music is fashionably sad. Lute songs generally deal with the agony of lost love, and Dowland's most popular tune was called Lachrimae (Tears). Paul O'Dette is simply the best lutenist alive. These five discs are available together at a special price, or separately. A reference edition."
David Hurwitz, Amazon.com

"So in tune are O'Dette and Dowland, even though separated by several centuries, that sometimes one is hard put to determine who is speaking more convincingly, the creator or the re-creator...O'Dette's playing on these five CDs is nothing short of awesome...Paul O'Dette's technique is so polished, one is rarely aware of it, let alone awed by it. The most challenging passages glide effortlessly from the instrument...Not one note sounds difficult, not one chord awkwardly voiced, not one phrase ambiguously lost within an overall texture. Few musicians on any solo, multiple-voiced instrument can articulate polyphonic lines or inner melodies as distinctly as does O'Dette...Very highly recommended."
Continuo

"Some of Elizabethan age's most inventive and melodic music meets a 20th-century virtuoso player who possesses an extraordinary kinship to this music - what could be better? Great sound? Got that covered too! Lutes aren't just for Sunday mornings anymore."
Performance FOUR 1/2 STARS, Sound FIVE STARS, Stereophile

"It is a series in which the exceptional musicianship and virtuosity of probably the world's most able lutenist is placed in the service of probably its greatest composer."
The Consort

"[Paul O'Dette's] project to record the complete lute works of Dowland is....one of the most satisfying of early-music ventures of recent years...One is instantly drawn into Dowland's world by O'Dette's playing, captivated at once by the beauty of its sound and the range of emotion it conveys."
AOL Culture Finder

"Paul O'Dette has done a sterling service in undertaking this monumental project in such a thoroughly informed way in musicological terms (proved by his excellent notes), but, more importantly, in succeeding so brilliantly and so musically."
Goldberg

"...this encyclopaedic, well-researched Complete Works will serve as the point of reference for many years."
Classic CD

"...this set is distinguished, apart from its completeness, by the player's uncanny command of his instrument, his deep understanding of the music, his wide experience of the music of the period and his ability to project the music to the listener. If you don't have the set, get it while it is cheap; if you already have some volumes, still get the lot and give the spares to your friends...a set to buy and treasure."
Early Music Review

"The five CDs of this set have been released individually over the last three years, and each has caused a small sensation in the early music community. But packaged together, they seem all the more exceptional, not just for the wonderful fluidity and musicality of O'Dette's playing but also as a compendium of some of the finest, most melodic and elegant music the Renaissance ever produced."
The Los Angeles Times

"Harmonia Mundi offer the complete music for lute of the Elizabethan composer John Dowland, played with great distinction by Paul O'Dette...the present set is special in every respect and the recording is very real - the lutenist might well be sitting at the end of one's lounge, within a perfectly judged acoustic. The set is accompanied by excellent notes by O'Dette himself...whose scholarship is as impeccable as his technical command. Most striking of all is the spontaneity of the playing itself."
Gramophone

"A dream match of composer and performer."
The New Yorker

"The lute, with its shimmering and relaxing sound, could not be in better hands."
CLASSIC FM

"Most refreshing is his imaginative interpretation of the notes on the page: playing with the intuitive freedom of a jazz musician, O'Dette really captures the improvisatory spirit of Dowland."
BBC MUSIC Magazine 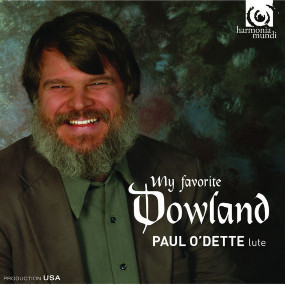