The Ensemble Clément Janequin celebrated its 40th anniversary during the 2018-2019 season.

Created in Paris in 1978, the Ensemble Clément Janequin performs sacred and secular vocal music of the Renaissance, from Josquin to Monteverdi. Their inimitable performances of the 16th Century French chanson have revealed what is now appreciated to be one of the Golden Ages in the history of French music, their recordings for harmonia mundi, Les cris de Paris, Le chant des oyseaulx, Fricassée parisienne and La chasse being considered as benchmark interpretations. With tremendous appeal to a broad audience, these works by Janequin, Sermizy, Lassus, Lejeune and numerous others abound in the stylistic contrasts so dear to the Renaissance: the touching lyricism of the chanson amoureuse, the earthy humour of the chanson rustique that draws upon popular farce, the sounds of war, nature and street cries - a unique marriage of popular and high Renaissance culture.

The Ensemble Clément Janequin has performed extensively throughout the world, often with the support of the French Foreign Ministry. They have performed in the Amsterdam Concertgebouw, the Wigmore Hall in London, the Cité de la musique in Paris, Carnegie Hall in New York, the Konzerthaus in Vienna, the York and Boston Early Music Festivals, the Styriarte Festival in Graz, and in 2007 were ensemble in residence in the Laus Polyphoniae Festival in Antwerp, one of the world's leading early music festivals. The ensemble has also recently toured Spain, Belgium, Canada and the United States, at the Cervantino Festival in Mexico and recently in Brazil at Belo Horizonte and in Rio de Janeiro. It is a regular visitor to Japan as well as the Innsbruck Early Music Festival. In December 2008, the Ensemble Clément Janequin celebrated its 30th anniversary at the Théâtre des Abbesses in Paris.

In 2015 the Ensemble Clément Janequin gave the first performance of its new staged show, Zanni!, a contemporary and hilarious reading of 16th Century madrigal comedies staged by Laurent Serrano and that they have performed in Saint-Omer, Marseille, as part of the "Mars en Baroque" festival, at the Théâtre de Caen, the Théâtre La Merise in Trappes near Paris, at the Conservatory Auditorium in Tourcoing and in April 2018 at the Opéra de Montpellier. More recently the Ensemble has performed at the Musée de l'Armée and the Oratoire du Louvre in Paris, and also took part in the Concentus Moraviae Festival in the Czech Republic, Rougement in Switzerland, Thoronet in the South of France, Festival Baroque du Jura, in the Châteaux of Bournazel, Biron and Valençay, at the Via Lattea festival in Tessin region of Switzerland, the Château de Fontainebleau, Palais du Tau in Reims and the Palais des Papes in Avignon.

In the summer of 2018 they made appearances in several French festivals including the Abbaye de Sorèze, Château de la Possonnière and the Cité de la Voix in Vézelay. In the autumn the perform in Italy, France, Belgium and Romania before celebrating their 40th anniversary in Paris at the Théâtre des Abbesses and the "Notes d'Automne" festival.

The Ensemble’s numerous recordings of sacred and secular music of the Renaissance, mainly for harmonia mundi, have been widely acclaimed in the press and won numerous prizes and awards. The Ensemble's most recent recording, "Au Sainct Nau" for the Alpha label, was shortlisted for a Gramophone Award in 2015. 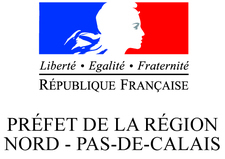 The Ensemble Clément Janequin is supported by the French Ministry of culture and communication through its Haut de France regional office. 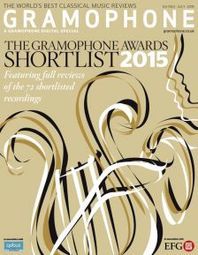 The Ensemble Clément Janequin's recent release on the Alpha label, 'Au Sainct Nau' has been shortlisted for a Gramophone Award. It was reveiwed in the magazine in February 2015 by Fabrice Fitch - 'It feels like a long time since the last release from Ensemble Clément Janequin. They’ve been going for about 35 years, and new recordings have been rarer in recent years, but this one is as impressive in its way as anything I’ve heard from them, and that’s saying something… It’s classic Dominique Visse, and it had me laughing aloud… the disc alternates sacred and secular with immaculate poise. The former is beautifully done… and the latter delivered as lustily as ever… The ensemble continues to do what it does best but retains a freshness and questing spirit that sometimes eludes groups of comparable vintage, a sense of joyous music-making that marked them out from the start and which they’ve never lost. It was utterly infectious then, and it still is.'

Washington Post
'The Ensemble Clément Janequin... gave a vivid performance of its namesake's music… in the Library of Congress... with singing that was sometimes sweet and smoothly blended, often raucous, frequently very funny and always virtuosic… Early music flourishes in Washington, but the city seldom hears a concert like this one.'  Joseph McLellen, 23rd Feb 1998

Los Angeles Times
'The Paris-based Ensemble Clément Janequin performed a generous sampling of this music with astonishing virtuosity. The perfection of the musicians' cohesion, intonation and balance, as well as the vim of their rapid-fire delivery, made them a joy to listen to.'  Timothy Mangan, 16th Feb 1998

Gramophone , London
'…the overall blend is superb, and the rich, translucent sonority achieved is utterly compelling… the level of vocal energy and focus is always spot on, all of which is especially noticeable in the ensaladas. Herethe interpretation is just right: theatrical and colourful, often funny, but never camp or ludicrously over the top, all this stemming, I am sure, from Visse's own instinctive and secure sense of the theatrical.'  Tess Knighton, April 1998 (CD Canciones y Ensaladas HMC 901627)

'Nowhere has the Ensemble been more successful than in the Parisian chanson. I first got to know this repertory when the group's earliest LPs were being issued, and I've heard enough of the other recordings to realise that something very exciting was going on. That was over 15 years ago, and now it seems hard to imagine Sermizy or Janequin without the Ensemble Clément Janequin.'  Fabrice Fitch, April 1998 (Interview with Dominique Visse)

San Diego Reader
'The Janequin singer pay extraordinary attention to the expressive possibilities inherent in Renaissance polyphony; they phrase with great subtlety; their word-painting provides constant variety of tone; they shape the music beautifully; and they use every device of articulation, color, and shading to convey a broad range of emotional states.'  Jonathan Saville, 9th April 1998

The Independent , London
'The impact was strengthened by the spare-no-prisoners, diamond-edged tone of Dominique Visse... the Ensemble Clément Janequin, secure in pitch and ensemble, full of character and alive to the bizarre humour and theatricality of songs that mimic everything from barking dogs and duff singers to crowing Frenchmen and cowardly Spaniards.'  Andrew Stewart, 30th November 1996

Early Music Magazine , London
'The Ensemble Clément Janequin offer us an astonishing amount of musical variety and remarkable breadth of emotion. Their performance is a revelation.'

Early Music News , London
'Would that each country had its ensemble to promote their indigenous song repertoires with such style as the French. This concert, devoted to Lassus and Josquin, was both packed and uplifting, to the extent of the English rising to their feet in applause.'  Richard Langhamn Smith, June 1994

The Financial Times,  London
'Their singing is extrovert and exuberant. The onomatopoeic effects of Le Chant des Oyseaulx, La Chasse and La Bataille were superbly and virtuosically realised. Altogether a delectable recital.'

Mainichi Shinbun , Tokyo
'The encore, La Chasse, was the high point of the concert during which the audience's exultation became inevitable.'

Kleine Zeitung , Graz
'... The Super Event ...the diversity of the singers’ powers of expression was astounding and the blending of the voices in the etheral pianissimos fascinating.'

2021 sees the 500th anniversary of the death of Josquin Des Pres, the most celebrated composer of his day. Dominique Visse and the Ensemble Clément Janequin are recording a selection of his chansons from two of the most important editions of his works, Susato’s in 1545 and Attaignant’s in 1549, for the Ricercar label.

These editions bear witness to the diversity of Josquin’s chanson writing, but above all to the melancholy and sorrow so present in his works, and are clearly tributes to this great composer, as is also evident in the two Déplorations on his death included on this recording, Musæ Jovis by Nicolas Gombert and O mors inevitabilis by Hieronymus Vinders, both from the Susato edition.

The programme, which includes a majority of chansons that are new to the Ensemble’s repertoire, endeavours to present a Josquin legacy, a post mortem illustration of his chanson œuvre, a remembering of his musical genius taken from these two editions, but is also Dominique and the Ensemble’s own Déploration on the death of Josquin, the culmination of 40 years exploring the Renaissance chanson.

The concert programme is identical to this recording programme. 62' of music for an approximately 1 hour 10' concert without interval. 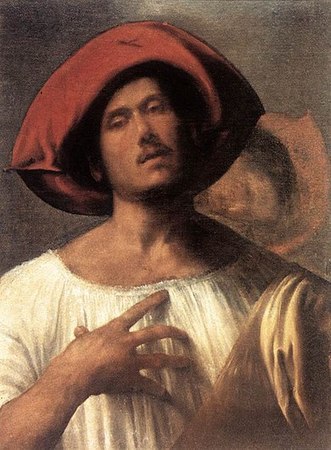 A Contrario is largely inspired by the 1540 edition of August Vindel and Melchior Kriegstein dedicated to Ferdinand 1st of Aragon, brother of Charles 5th and who succeeded him on the throne of the Holy Roman Empire following his abdication in 1556. The compilation is in the Vienna library and includes a large number of canons, both retrograde and mirror, in various complex forms containing numerous instances of false relation and dissonance. In addition to the extracts from this compilation are a number of delightful contrafactum and melancholic songs on the theme of contrariety from the Renaissance period, such as Quand contremont verra retourner Loire by Clément Janequin.

This programme was commissioned by the Festival de musique ancienne de Lanvellec.

The Field of the Cloth of Gold 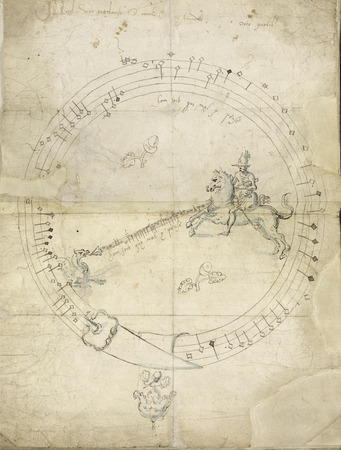 Robert Fayrfax
That was my woo (The Fayrfax manuscript, ca 1500)

For our other programmes see French page via these links :

The Field of the Cloth of Gold 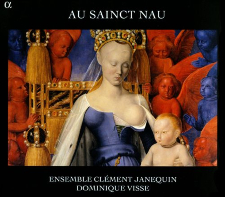 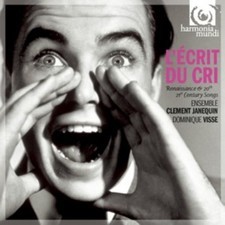 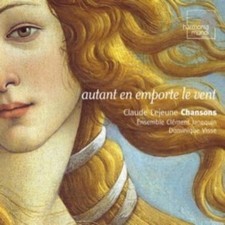 The recent book on Clément Janequin published by the Société Française de Musicologie: 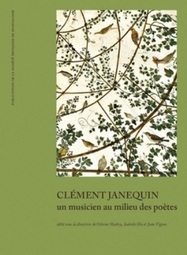